Brian Culbertson began his quest in music at the age of 8 on piano, adding drums at 9, trombone at 10 then bass at 12. He grew up in Decatur, IL, loving genre-crossing jazz-pop artists such as Chicago, Blood Sweat & Tears, Tower of Power, the Brecker Brothers, David Sanborn, Yellowjackets and Maynard Ferguson. So naturally gifted was Brian, his 7 th grade piano recital consisted of all original tunes. Brian flourished in high school bands with his father, Jim Culbertson, as the school's award-winning jazz band director, moved to Chicago to complete his studies at private DePaul University, then went on to compose jingles for clients such as United Airlines, Oldsmobile, Sears and McDonald's in the bustling city's highly competitive advertising community.

And although Boney’s music has in the past been categorized by some as “smooth jazz,” with his masterful new CD Contact he refuses to accept any type of labeling. “I always try to make sure my records possess integrity. I make Boney James music. I’m just trying to break down the barriers and make CONTACT.” 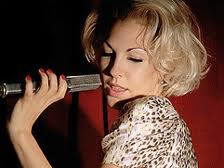 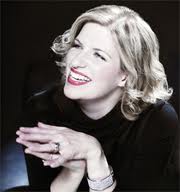 After her stint in LA, Karen began to dedicate herself exclusively to rehearsing both new and older material with the rest of the quartet and they have achieved a symbiosis that is a pleasure to watch. The Cooltrane Quartet with Karen in the lead is an act not to be missed, full of excellent jazz versions and brand new soloist material from a truly dynamic young artist.

Yorkshire born Clare Teal is one of the most successful female British jazz singers in decades with a string of albums behind her, including the UK National Top 20 hit "Don't Talk" 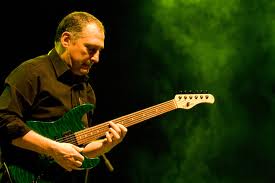 More than just a jazz guitar player, Chuck Loeb is the consummate musician. In a career that spans four decades, he has proven himself to be a versatile composer, arranger and producer in a wide range of musical styles and contexts. In addition to crafting a fine discography of his own and producing albums for a number of other high-profile artists, his resume also includes music for commercial jingles and a variety of television programs and motion pictures. Whatever your personal tastes in music, media, entertainment or popular culture, chances are good that you’ve had at least a passing acquaintance with the work of Chuck Loeb.

Celebrated keyboardist, composer and studio musician, Brian Simpson has been the ‘go-to’ man for everyone from Janet Jackson and Teena Marie to George Duke, Stanley Clarke and Dave Koz, for whom he has had the distinction of being musical director for the past 15 years.  The chart-topping musical chameleon who wrote the #1 R&B hit “The First Time” for Surface in the 1990s confesses, "Ultimately, my listeners inspire me to make my music.” 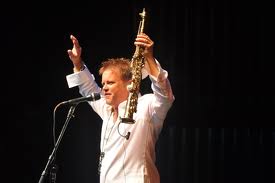 JULY 11, 2012
Hi Everyone, I have a new album on the horizon and it's called The House of Groove. It features 10 self penned original songs., guest vocals from Jeffrey Osborne, Chioma, and Kate Minor Moebel (don't worry, this is an instrumental album), and an amazing cast of musicians. The album, my 8th as a solo artist, will be in stores everywhere beginning Sept 25, 2012. Written and recorded in my happy place, The Groove House, here in Southern California, this may be my most upbeat outing yet. I will be world premiering a cut from the new album this thursday, July 12 on my radio show found on sky.fm.